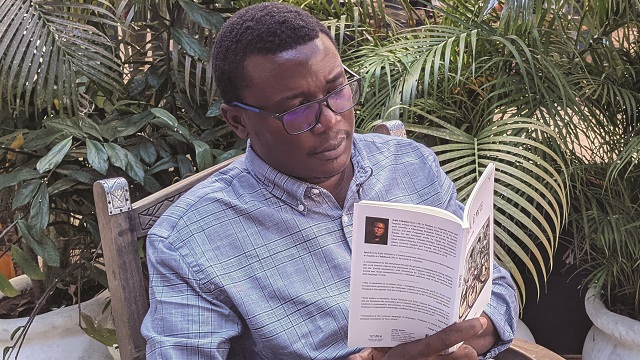 When the translator becomes lexicographer and a driver of language evolution and growth. Kọ́lá Túbọ̀sún discusses his poetry translations into Yorùbá

Translating into one’s own first language is supposed to be a breeze. After all, I have spoken it all my life, used it in many professional settings, and I am a 40-year-old linguist and creative writer. The language is Yorùbá, spoken in Southwest Nigeria, some other parts of West Africa, and some parts of the Americas (although in a different form). So when I took on the task of translating the poetry collection Childhood (Ìgbà Éwe), by American philosopher and poet Emily R Grosholz, into my language, I had not expected there to be too many obstacles.

I envisaged some, for sure. It was my first book-length translation project after all, and my first literary translation project into Yorùbá instead of English. This is significant because when we speak about translation in African literature today, it is usually about getting English translations of works written, published or recorded in traditional African languages and not the other way around.

I knew that I would have to invent new words to deal with ideas that exist in Grosholz’s world but may not be found in the existing Yorùbá lexicon. I didn’t know how many of these were present in the work, but it was almost a given. Wole Ṣóyínká’s translation of D O Fagunwa’s first novel, Ògbójú Ọdẹ Nínú Igbó Irúnmalẹ̀ (1949), as Forest of a Thousand Daemons (1963) was a prime example of the ambition I aspired to – a work that showed the young, upcoming writer as one not just with a creative imagination but also with dexterity with words. The result of that experimentation produced a translator-novelist and a lexicographer as well. New words were added to the English language as a result of Ṣóyínká’s efforts.

At the beginning, I worried about the usual challenge of successfully transmitting the poetic and philosophical intent of the writer into a new language in a way that felt natural. Yorùbá poetry is unique in the way it dances to a totally different creative tune, relying on cadence, rhythm, polysemy and tonal dexterity to create the joy that the audience encounters. English poetry uses rhymes and rhythm, but also verse, specific imagery and plays on words. How much of that was I prepared to surrender in an attempt to be faithful to the meaning and feelings ensconced in the work of an American poet? Many of these challenges would confront me in different ways throughout the process.

For instance, when the writer titles a poem Putting on the Ritz, an expression that both covers the idea of dressing up to the nines and the writer’s situational awareness while writing the poem (she was at the Ritz-Carlton Hotel), the Yorùbá is forced to be less succinct. To capture both senses and retain a measure of respect for how it would otherwise be expressed in Yorùbá, I settled for Ríródẹ́dẹ́-Kàndudu ní Ritz (‘Dressed up to the Nines at the Ritz’). The compact English phrasing is gone, but in its place is a clearer expression of ostentation and the writer’s intention.

The expected challenges of lexicography came when I had to describe snow. It is usually referred to as yìnyín in colloquial Yorùbá, which had always seemed insufficient to capture both the elegance of the phenomenon and its internal constitution. Yìnyín is also the word for ‘ice’ – certainly not sufficient to refer to the fluffy material experienced on the ground. I rendered it as ìrìdídì (‘frozen mist’), which I thought was better, even more for the sound of the word. Yìnyín can continue to be used for solid ice, commonly found during hailstorms.

An ear for orality

Translating the poetry itself was where I found the most joy, and the most challenge. Grosholz’s work is both aural and visual, as with most poetry written in English. Part of my dilemma was deciding where to cut a line into the next, and when to let the author’s run-on lines remain the same in my translation. Yorùbá is an oral culture, so my bias was for any result that made it easy for the future reader (and performer) of the work to get through the lines easily.

But what about the matter of tonality, which forms the kinetic nucleus of Yorùbá poetry? This, in the end, was the most insurmountable force. To make this translation a recognisable piece of oral Yorùbá poetry would have involved reorganising the internal logic of the poems, producing something totally different in form, and most likely also in message and content.

What came out instead is something equally unique: a piece of Yorùbá poetry that is mostly tailored to the page, even when it balances that with appropriate aspirations to creative orality. I settled more comfortably into the role of a translator and lexicographer, leaving the poet with space to manoeuvre.

I enjoyed the process. I have read the book out loud in a couple of public readings, and I like how it comes out on my tongue and through the contour of the silence into the hearing of the audience. They are able to see and hear, through the limits of this neo-literary Yorùbá voice, the sublime aspirations of Grosholz’s real and invented characters. The theme of childhood – of raising children and watching them grow to discover the world through their parents’ eyes – is a universal one. So, the walls between Philadelphia and Papalántó break down to reveal the relatable vagaries of childhood.

Then there was the matter of grammar, which was always going to arise when writing in a language whose orthography had not been revised in about five decades. Part of the limitation to writing in Yorùbá among my generation is self-censorship – a disagreeable gatekeeper that sits invisibly on our shoulders, shaking his head at every expression that doesn’t read like the canonical texts of Fágúnwà, Fálétí or Òkédìjí, or even the Yorùbá Bible from the 1840s. I shook it off, as I had done privately long before, convinced that the language is creative and dynamic, and so should be its modern orthography.

Where I found the need to break the rules, I did so. Third person pronouns in Yorùbá, for instance, are amorphous morphemes that take the character of the verbs they are attached to, as in fún-un (‘give him’), gbé e (‘carry it’) and jẹ ẹ́ (‘eat it’). Only nasal examples, such as fún-un, are hyphenated, which I’ve always found inconvenient and less elegant than, say, fúun. I took liberties like this deliberately, in the hope of generating conversations in the Yorùbá writing community about the future of the orthography, and the opportunities presented by new writing mediums to help the language evolve.

This reinforces my intention to pursue more creative translations with Yorùbá as the destination language from English – a language that already benefits from plenty of global attention in translation, and which is thus rewarded with an expanded vocabulary, creative inventions and a larger growing audience. There’s no reason why Yorùbá doesn’t deserve this as well. The benefits are many, including corpus building, which itself has ripple effects for the future of the language in technology.

The Linguist
5 days 13 hours ago

The Linguist
2 weeks 5 days ago

The Linguist
4 weeks 11 hours ago

The Linguist
5 months 6 hours ago

The Linguist
5 months 4 weeks ago

The Linguist
6 months 3 weeks ago