Thirty members were left in awe of the beautiful Maughan Library's "Cells" (rooms), while listening to the scholarly talks given by four librarians.

They spoke about the site’s history back to 1232, in addition to describing the various phases of demolition and conversion, down to 2001, when it was acquired by King’s College London (KCL), to become the largest and most updated library in the UK.

Most of us seemed to agree that our favourite room was the Special Collections Room, containing old and rare books which were lovingly displayed on a table, while one of the librarians read out passages from some of them. We listened enthralled.

The next favourite room was the Weston Room, also known as the Rolls Chapel, in the oldest part of the building, with its original Victorian fireplace, huge stained glass windows, columns and statues.

Last but not least, the glass-domed Round Reading Room, with its three galleries of books and with so much natural light, was among some of our our colleagues’ preferences.

After lunch, we made our way to the nearby magnificent 12th century Temple Church. It is modelled on the Dome of the Rock in Jerusalem and was built by the Knights Templar as their English headquarters. Temple Church consists of two sections: the original circular building, called the Round Church, which is now the nave, and the adjoining rectangular part as the chancel. We enjoyed reading the most important historic events, like the Magna Carta, displayed around its circular walls, as well as looking at the tombs of the Knights Templar.

Just as we felt like sitting down, we were pleasantly surprised to listen to the organ playing Bach’s music. The world outside was very far away!

The BPG Division is to be congratulated for supporting this fantastic event, and I, together with other members who expressed their comments, would like to thank Maria F. Allen FCIL, BPG's events coordinator, for all her work and time in arranging this unforgettable day, including the seating in the Café-restaurant for all of us. 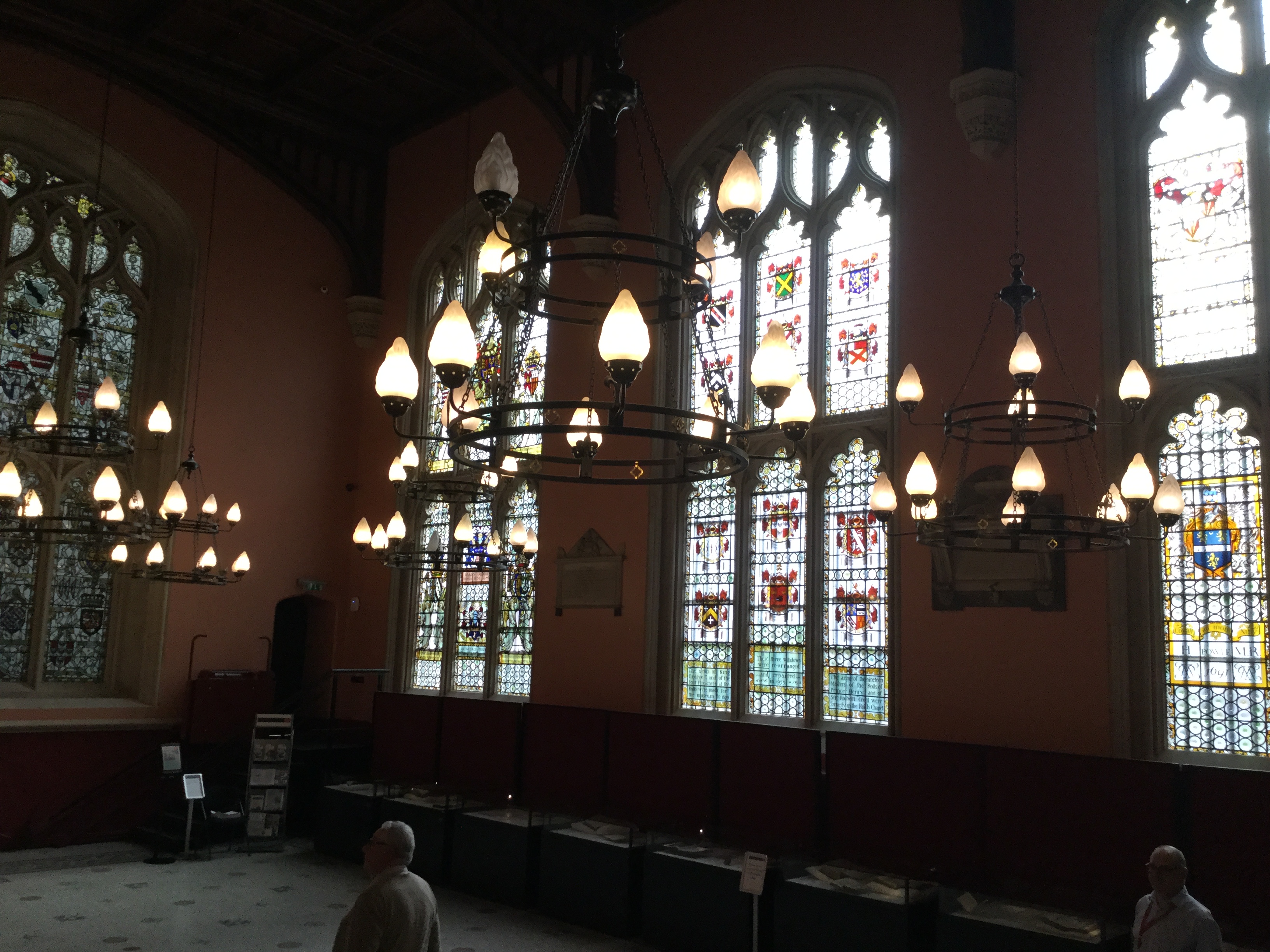 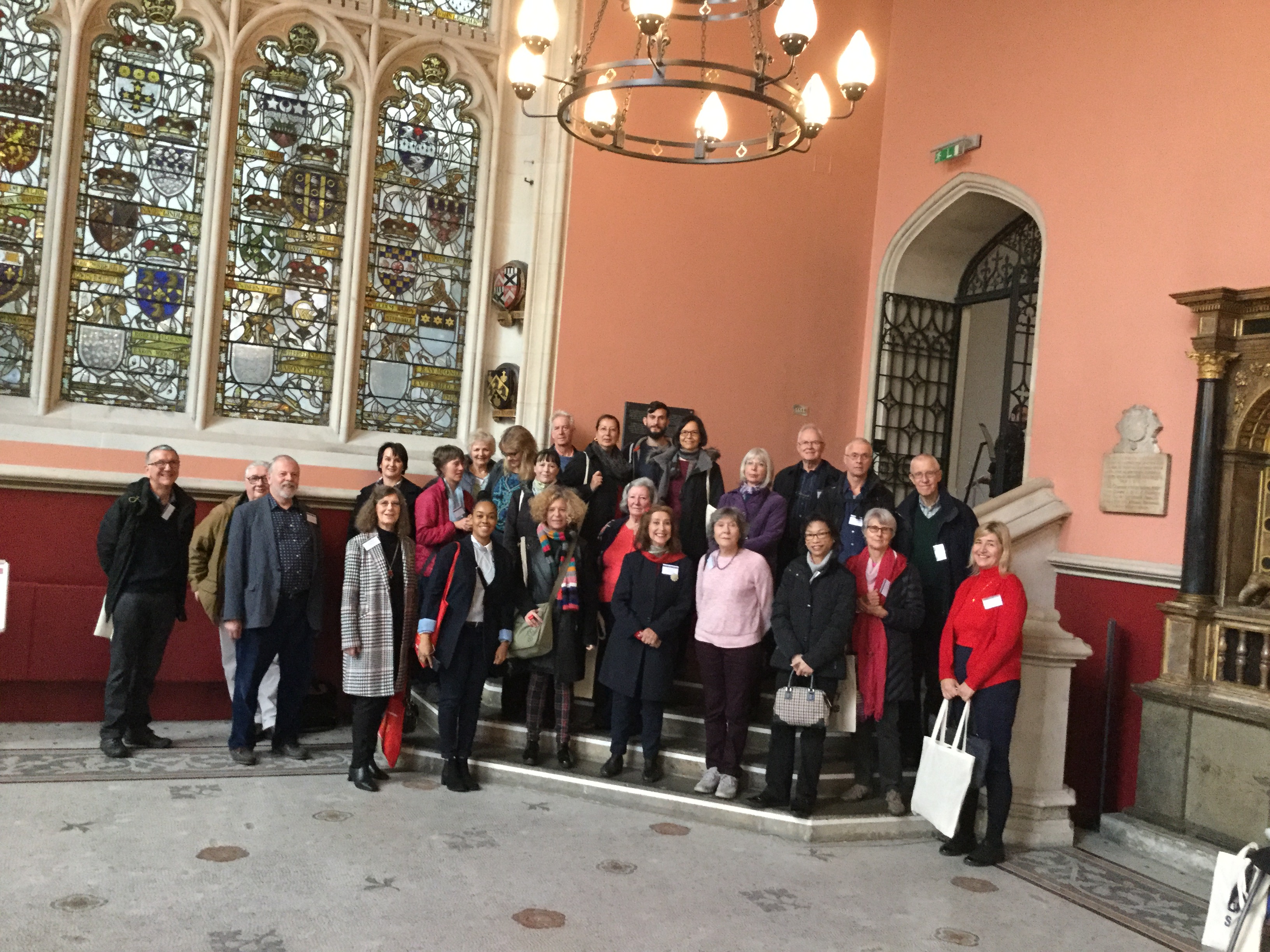 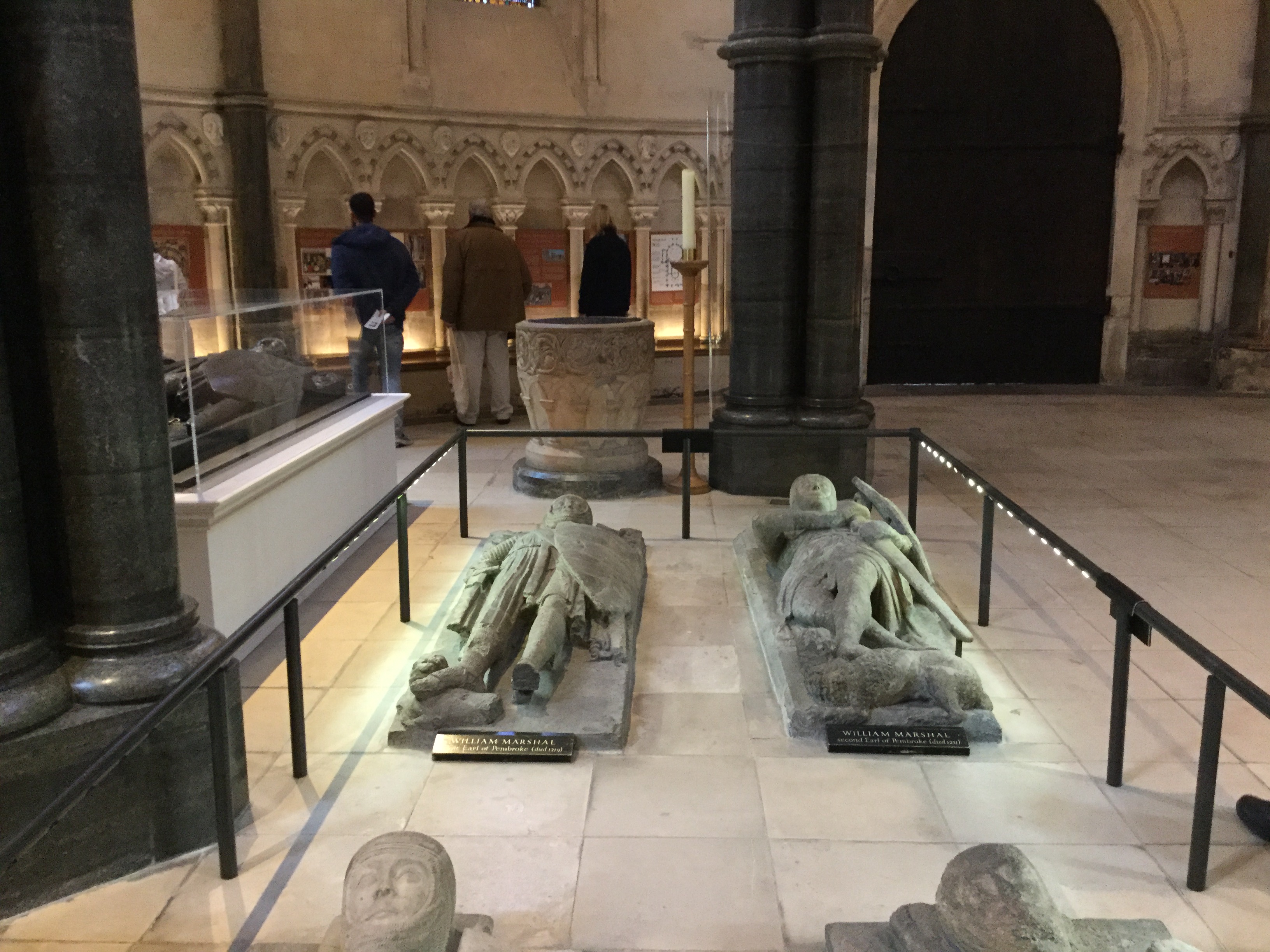 A rare opportunity to visit the renowned Maughan Library, usually reserved for students only, which houses KCL’s four libraries and Special Collections. The talk – during the guided tour – will cover the history of this site from 1232 AD to our time, through various phases of conversion demolishing and adaptation to modern needs. It will be followed by an optional networking lunch and a visit to the historic Temple Church nearby. This is a unique opportunity to visit two of London’s most prestigious and historic buildings in one day.

10:30am: Meet for coffee and biscuits at the Maughan Library.

11:00am: Guided visit
Taking in the original cells, special collections (including many works and linguistics and in foreign languages) and beautiful rooms. A talk will then trace its history from 1232 AD, through conversions and demolitions to 1998, when KCL acquired the Rolls Estate and modernised it to house its four libraries.

After 12:00pm: Lunch
There are two cafés/restaurants nearby, or it is possible to wander around the library's lovely gardens and bring a picnic.

2:00pm (approx.): Temple Church
One of the four mediæval round churches still in use in England. It normally has very limited opening times for the public. Attendees may stay there as long as they like.

Nearest Underground: Chancery Lane
The library is not in or near the main KCL building in the Strand.

Attendees are asked to pay for their own lunch.