Networking Lunch and Talk by Major (Ret’d) Dennis Weir, entitled ‘Do the rules of grammar, punctuation and spelling still matter in modern communications and, if so, who should be responsible for ensuring that these rules are applied?’ with an opportunity for discussion.

On 20 November 2021, members of the Lincolnshire Society met in person for the first time since February 2020. The talk at this meeting, given by Major (Ret’d) Dennis Weir, was entitled ‘Do the rules of grammar, punctuation and spelling still matter in modern communications and, if so, who should be responsible for ensuring that these rules are applied?’ A self-confessed language pedant, Dennis was incensed by views expressed on the radio two years ago by the (arguably) controversial Stephen Fry who put forward the opinion that grammar, punctuation and spelling are simply obstacles to free spirited creative writing.

Dennis, who is now retired, had a long and successful career as an Intelligence specialist Russian and German linguist, initially in the British Army and later as a member of the Civil Service. His degree level Russian qualification was obtained through formal training at the Defence School of Languages, whereas his degree level German was acquired at the University of Life which he ‘attended’ during his almost 20 years residence in that country.  He became a Member of the Institute of Linguists in German in 1979 and qualified for the same status in Russian in 1982.

During his talk, Dennis gave numerous examples of incorrect use of grammar, spelling and punctuation, ranging from troublesome verbs and pronouns to the ‘greengrocer’s apostrophe’. He also talked about inconsistency in the use of singular and plural subjects and verbs, as well as dangling modifiers.

Dennis’s excellent and amusing talk was followed by a delicious lunch, during which there was an opportunity for discussion. Afterwards the speaker remarked that he felt he was preaching to the converted. 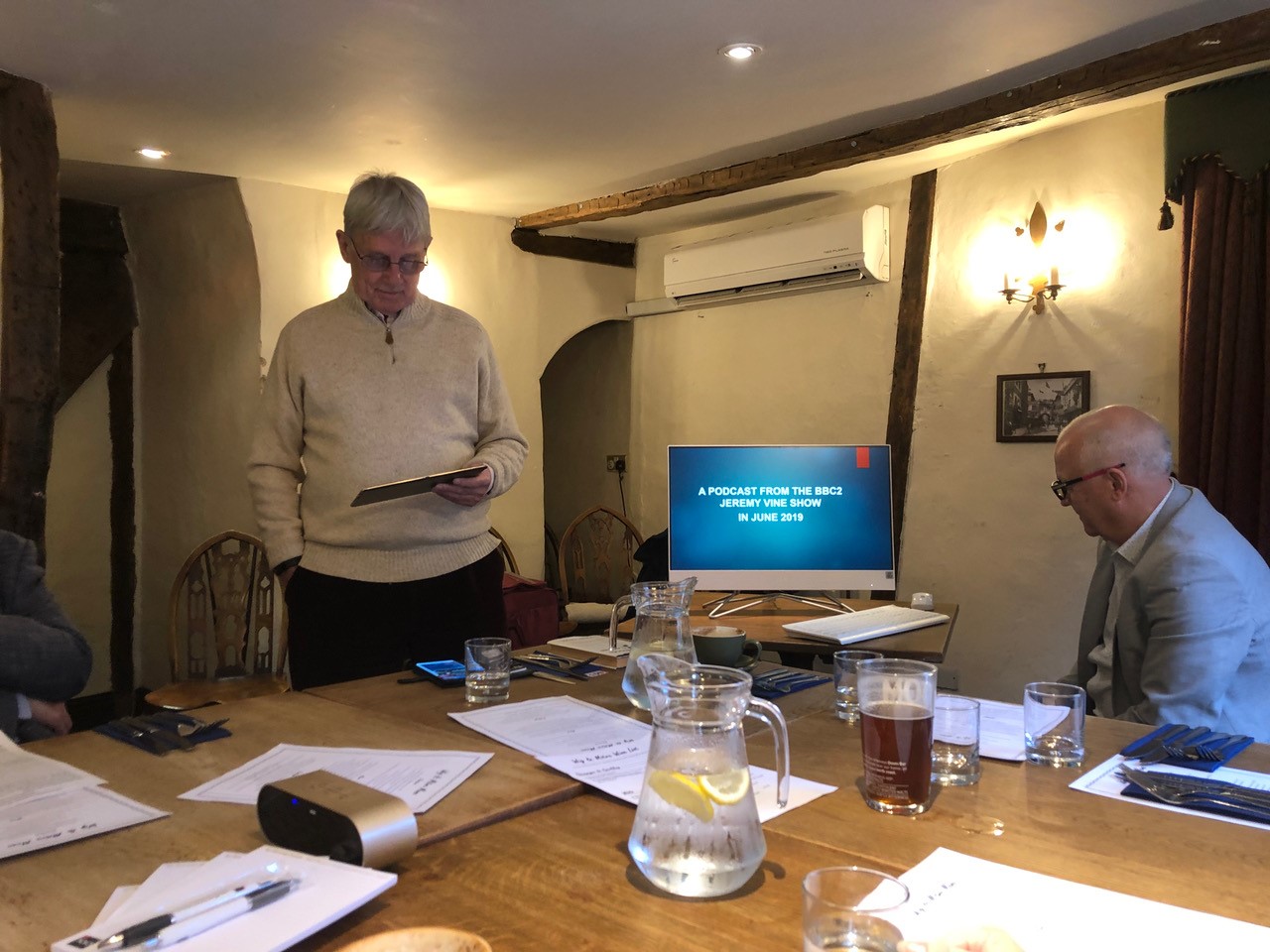 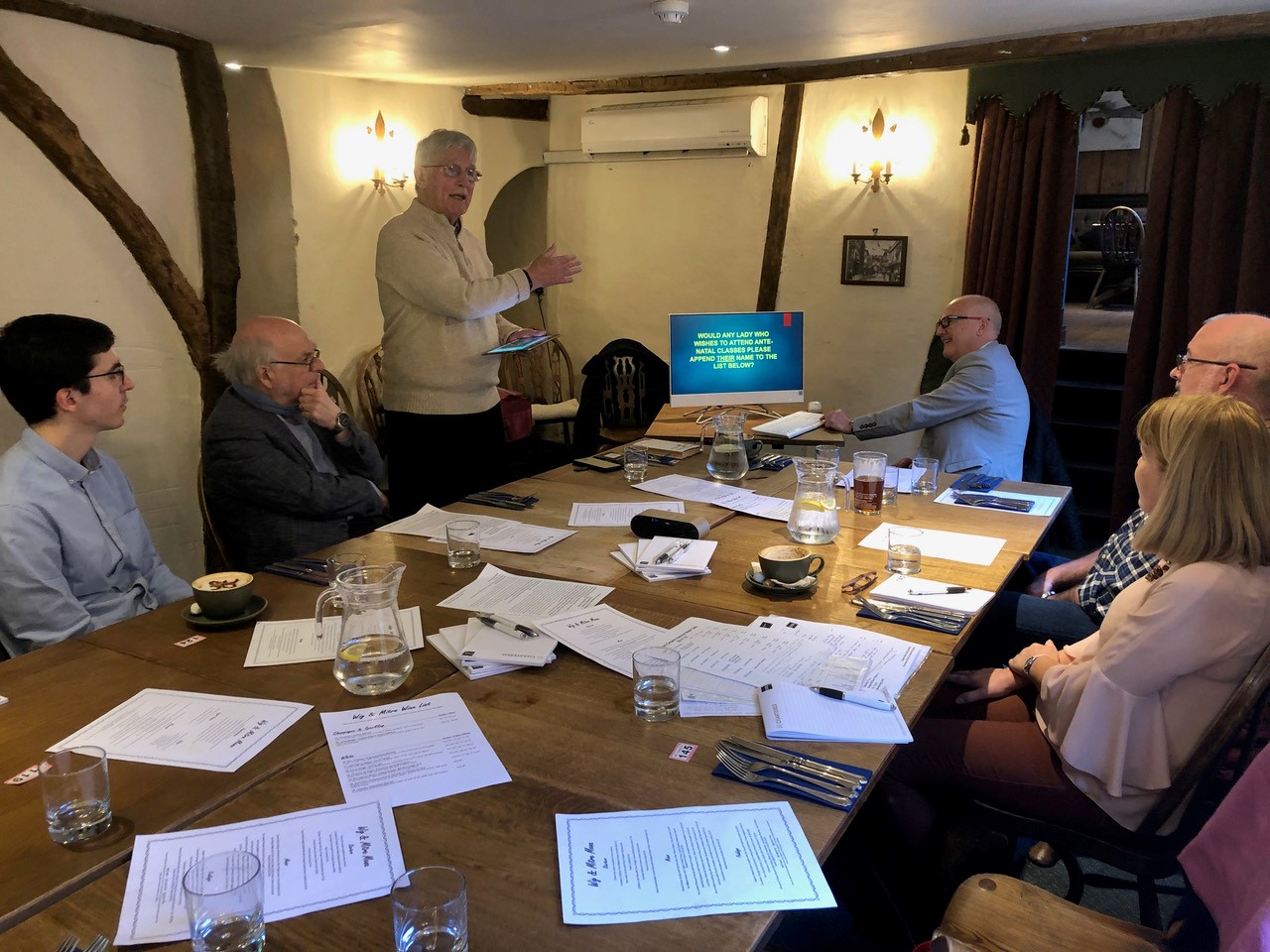 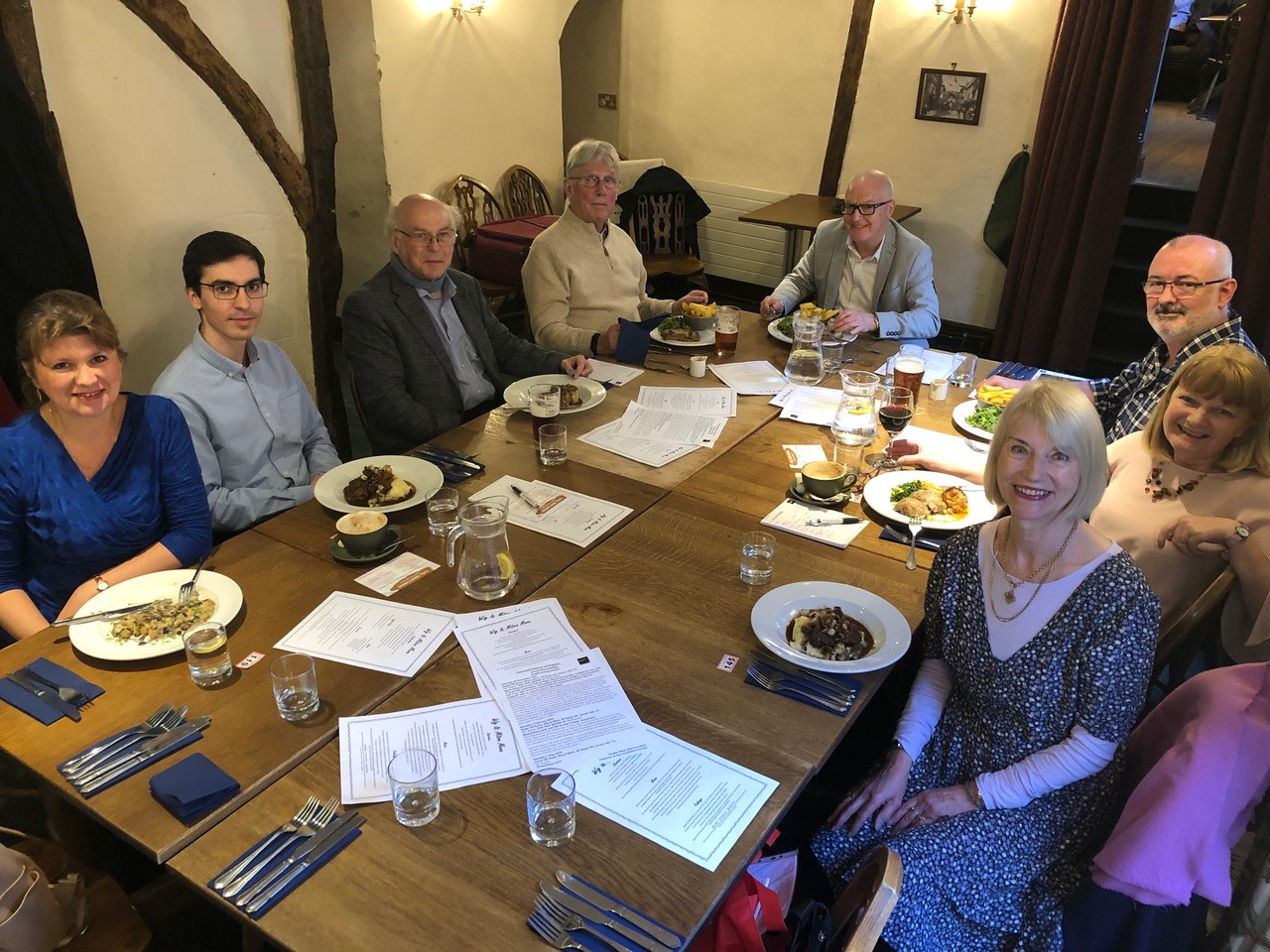