On Saturday 11 May 2019, members met at The Wig & Mitre, Lincoln, for the Lincolnshire Society’s AGM, a networking lunch and a talk by Elena Salas Ramirez on the new Spanish GCSE specification. Members travelled from Buckinghamshire, West and East Yorkshire, Nottinghamshire and Lincolnshire to enjoy the day. At the AGM, Candia Hillier was re-elected as Chairman, Helen Burlefinger as Secretary and Madeleine Cox, Dennis Weir and John Whittaker as Committee Members. Elena Salas Ramirez was elected as the new Treasurer of the Lincolnshire Society.

After a very enjoyable lunch Elena talked about the various examination boards, the grade changes and the marking system, as well as the content of the new examinations. She passed round examples of past papers, and documents which showed the grade boundaries of previous Edexcel examinations and how the new grades compare with the old ones. The speaker also described her role as an examiner for Edexcel and explained the changes in the new examinations. Attendees were able to ask questions during and after the talk, and then remained chatting around the table until late afternoon. 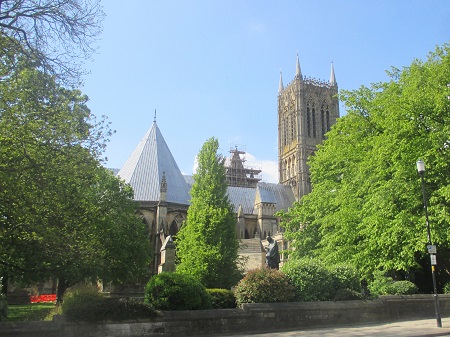 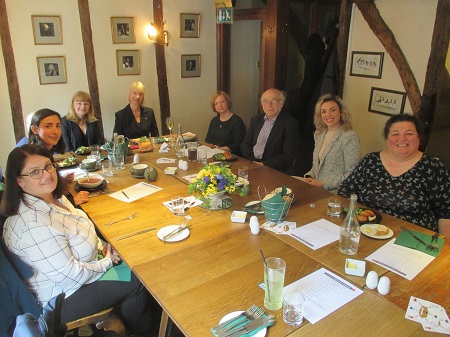 Elena Salas Ramirez will discuss the new GCSE Spanish exam, most specifically the Edexcel one, and will also discuss the other exam boards and their requirements for achieving each grade. She will cover the four skills with a focus on the speaking exam requirements.

Prior to the presentation, attendees are welcome to join the committee for lunch (at their own expense) at the Wig & Mitre.

Elena Salas Ramirez
Elena qualified as a teacher and translator in Granada, Spain, and has been working as a linguist in the UK since 2006, when she joined a Lincolnshire school as a language assistant. She was then promoted to classroom teacher and two years later took a break from mainstream education to run her own translation and tuition business. Amongst her assignments, we can highlight her collaboration as a development editor for the BBC talk Spanish series latest volume “Talking the Talk” and working with the City of York Council to deliver life-long adult education. At present, she is a Spanish teacher at Dixons Trinity Academy in Bradford and runs her business on a part-time basis only. She is also an examiner for Edexcel for the new Spanish GCSE specification, on which she will be giving a talk.