The German Language Society runs a variety of professional development events, benefitting CIOL members and non-members alike. Click an event to see its original listing and, if applicable, event reports and downloadable materials:

The German Language Society (GLS) is the continuation of the previous German Society. We aim to be a society for everybody who studies, speaks, works with or simply enjoys the German language and would like to network and exchange knowledge, experience and expertise. GLS promotes the German language in all countries with German as one of the official and recognised languages.

Our mission is to continue previous successful projects such as "Anglophoner Tag" but also to engage with universities, cultural institution, embassies and industries.

Our events will be held in German and English. You don’t need to speak perfect German to join us.

The German Society was founded in 1986 and had been very successful in providing a useful network of contacts for its dispersed and very varied membership. To keep in touch with members, a newsletter was issued three or four times a year and updates were also available on the CIOL website.

Traditionally, we started the year with the AGM held either in February or March, and we usually combined this with a networking session for members attending. At the AGM in 2018, as part of the formal business, it was agreed to dissolve our e.V. (registered German Society status) to make life less bureaucratic. We had planned to replace the AGM with a Members Day in spring from 2019 onward. An annual event, generally in June, used to be the Anglophoner Tag held jointly with several other associations and translator network working from/into German (currently ITI German Network, Aticom and BDÜ) Hesse). The German Society hosted events in Aachen, Berlin, Munich, Hamburg, Potsdam and 2018 in Greifswald. They typically covered a variety of language topics.

Another event was the annual Study Weekend in autumn in different regions of Germany and beyond, focusing – how could it be otherwise -on language(s). We visited various places where a recognised minority language is widely spoken, such as Bautzen (Sorbian), Flensburg (Danish), Wismar ("Plattdeutsch"). We also looked at Swiss German ("Schwyzerdütsch"), Luxemburgish ("Lëtzebuergesch") and the language situation/integration in Frankfurt (Oder) on the Polish-German border. Besides, we explored historical links between the UK and Germany, such as in Hanover, Heidelberg, Colditz/Leipzig and Höchstädt ("Battle of Blenheim"). Our 30th-anniversary meeting was held in Weimar, which has always been very popular with many British authors. Several events were held jointly with the Cambridge Society in Cambridge and also in Germany and Austria.

If you are interested in supporting the German Language Society we'd be delighted to hear from you. 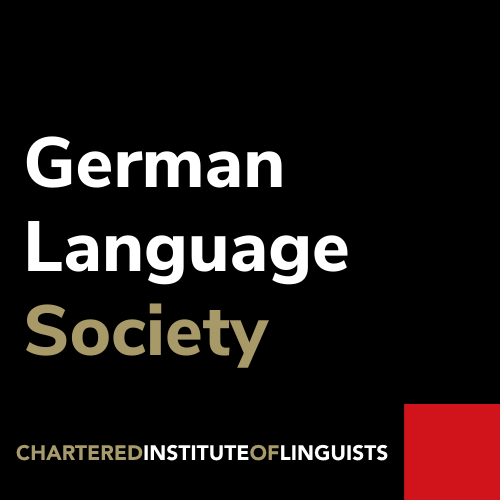