Renée Van Hoof-Haferkamp’s attitude towards languages is not what you might expect from the winner of a prestigious award for outstanding contribution to the field of languages.1 As Director-General of the Joint Interpreting and Conference Service for the European institutions, which she established in an earlier incarnation in 1958, she has been at the forefront of interpreting provision for the European institutions from the start, inspiring a generation of linguists. Yet she doesn’t see the study of languages as an objective in itself; language, rather, is “a tool for better understanding,” ideally to be acquired while studying other things.

For those of us raised in times of peace, this distinction might not hold such importance, but for Van Hoof-Haferkamp, language learning was the result not of schooling but of upheaval. As a child, she was forced to leave her home in Cologne, Germany after the Nazis came to power, finding refuge first in Holland and then in Brussels. She was hidden by the resistance in Belgium with her half-American mother, German father and older sister after a failed attempt to get to Switzerland following the invasion of Holland.

It was a journey into languages born of the worst trauma imaginable, as she learnt the languages of the countries she sought refuge in: first Dutch, then French, later picking up English at school. As a result, “I never thought of languages as something interesting,” she concedes. Cross-cultural communication and understanding were simply essentials for survival. So when her parents agreed to her study of German philology after the war, they were motivated by a much deeper imperative than a simple interest in languages. “They pushed me not only into languages, but so that it would never happen again,” she explains.

Her mother, in particular, was determined that she work for the Belgian Foreign Minister Paul-Henri Spaak, a dedicated supporter of European integration. Faced with such high expectations, the young Renée was understandably reticent, but when her parents took her on holiday to America and Spaak happened to be on the boat, there could be no more excuses. As it turned out, Spaak was looking for someone to help him prepare for a fundraising trip with Unicef. “My languages were very useful because he could only speak French and I had to help him speak to all the ministers and heads of state. So I started to be an interpreter without knowing that I was interpreting,” she explains.

In fact, her language skills were in such demand that Spaak “did everything to convince me to become an interpreter,” introducing her to the Head of Interpreting at the Council of Europe. She was sent on a month-long interpreting course in Geneva before joining the European Community of Coal and Steel under President Jean Monnet. “They needed me because the languages at that time were French, German, Italian and Dutch – and who knew Dutch at the same time as German and French?”

Van Hoof-Haferkamp is forthright and direct, the charisma and determination that make her a natural leader in evidence as she speaks. But it was not always easy to be a woman with a career, especially when working alongside such powerful men. “When I started as a young girl in Luxembourg at the Community of Coal and Steel, the Vice-President said to me ‘What are you doing here? Your place is in the kitchen’. You couldn’t say that now, but they said it!” she laughs, incredulous. She went on to lead the interpreting team during the Treaty of Rome negotiations in 1956-57, becoming Head Interpreter when this service was transformed into the Interpretation Division of the European Commission in 1963, and then Director of the Joint Interpreting Service.

However, her promotion was by no means secure in the early days. “When I was received by the first President of the Commission, Walter Hallstein, he said to me, ‘I would love to promote you, but you’re young, you’ll have children and it is impossible,’” she says. Fortunately, he was convinced otherwise, and after a series of managerial role, Van Hoof-Haferkamp became the first female Director-General of the European Commission in 1982. “I stayed the only one for 10 years because women were not supposed to have a career.” The trail she blazed paved the way for others and today 40% of senior positions in the European institutions are held by women.

As the cooperation between nation states grew – first into the European Economic Community (1957) and then into the European Union (1993) – Van Hoof-Haferkamp found herself at the centre of huge changes in language provision. During the Treaty of Rome negotiations she was in charge of a team of just six. The interpreting service she established then has become the biggest in the world with 500 in-house interpreters, and many freelancers, interpreting for the Commission as well as other institutions, including the Council of Ministers.

A world of glamour

In those days, interpreting was glamorous, she says. Interpreters rubbed shoulders with all the leaders of the modern world. Even in the late 20th century, many politicians had no common language, with the likes of Thatcher, Kohl and Mitterrand requiring an interpreter just to have breakfast together. “There were interpreters in the service who worked with Jacques Delors on his big press conferences in Germany. They were the happy ones. They were the stars; they existed like actors. It was much more like theatre. I enjoyed every moment of it,” adds Van Hoof-Haferkamp. “Now that you have all these languages and you are hidden behind a glass window it’s totally different. It’s difficult to become a star.”

There are now 24 EU languages because every member state can select its own official language, “which I think is not a good idea,” she says. “Nations attach to their language an enormous importance, so the Irish have chosen Gaelic but they speak English, and the Maltese have chosen Maltese, but they speak English.” Ever the pragmatist, she advocates a model instead in which “people could speak their own language but you would not have to work into 24 languages”.

The biggest challenge, however, is not the number of languages but the recruitment of interpreters who have studied subjects other than languages, she says. “The best interpreters we ever found had languages by chance. They studied engineering, law, medicine, and then they used language as a tool, and that is the best way. At the same time, you learn from the people who speak those languages.”

She continues: “I think the secret to being a good interpreter is to be interested in what people speak about; you have to listen, analyse and then give a good synthesis of what you have understood. Language is less important than knowledge and interest, because interpreters have to understand so many very difficult elements of economics, social policy, law. You have to understand agricultural policy, you have to understand fisheries. So, you see, I always come back to the subject matter, rather than to the language as language itself.” Van Hoof-Haferkamp herself was known for doing “a sort of consecutive” even when working simultaneously. “I did not translate every word. I was trying to know what it was all about,” she explains.

This may be the ideal but, for many, the study of languages is the only way to acquire linguistic skills, especially for native English speakers based in anglophone countries. At the CIOL Awards event in November, Van Hoof-Haferkamp was impressed by the prizewinning police officers, who had taken an academic route to language learning and are now qualified to interpret. “They are useful and happy, I think, with what they are doing for human beings. Their work is very important for people who are interviewed when they have committed a crime and depend entirely on interpreters. But it is true that they came there through studying languages,” she concedes.

A century of knowledge

Inevitably, the conversation turns to Brexit, with Van Hoof-Haferkamp surprisingly critical of the EU in this respect. “[The British] are not in Schengen, they have a different currency, they have always been different, but we wanted them in, and many thought they were not happy with us. And that is a failure of the European Union, of what we were doing and what my whole European life was trying to get to. It’s a pity,” she laments.

In this context, her teachings on European politics are, perhaps, more important than ever. Acquired through decades of cross-cultural communication at the centre of government and policy-making in Europe, her knowledge and understanding provide invaluable insights. After leaving the Commission in 1995, she developed a programme of lectures by leading Europeans at Harvard University in Cambridge, Massachusetts, and lived there for 20 years. Since returning to Brussels in 2015, she has continued to work with the Harvard Club of Belgium, discussing matters of politics, finance and business, and visiting universities in the US every year.

It is this knowledge that Van Hoof-Haferkamp is committed to passing on, yet our interview inevitably focuses on language. “You insist very much on discussing languages but I am not the right person,” she says. “In spite of my whole career based on languages, nobody will remember me as a linguist but because they want to talk about what happens in the world. Because through my languages I learnt so much.” And in that final thought, I can’t help feeling that she is, indeed, a very fitting advocate for languages. 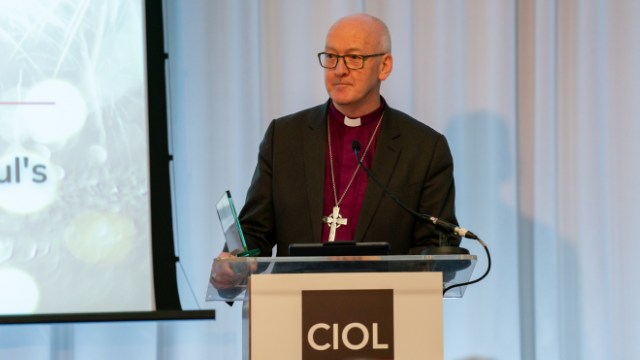 The Linguist
3 weeks 7 hours ago 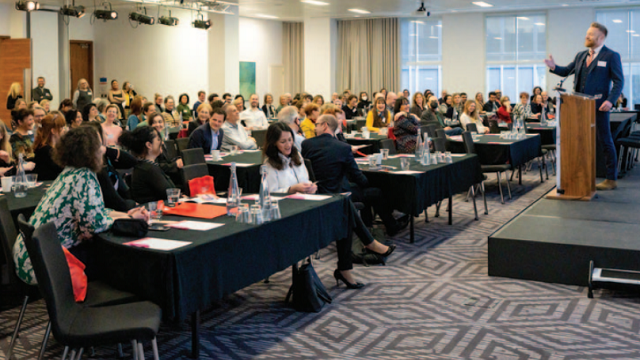 The Linguist
2 months 5 days ago

The Linguist
4 months 4 weeks ago

The Linguist
5 months 3 weeks ago