First published in The Linguist 56/3 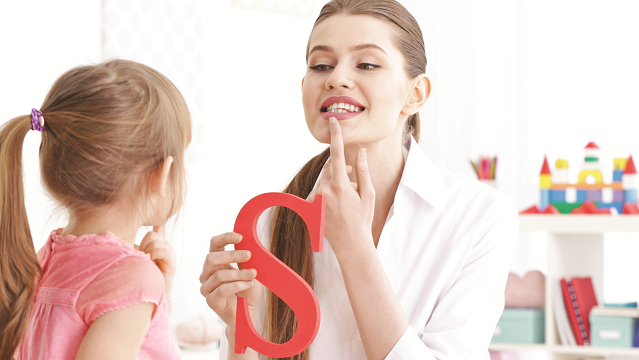 I joined the Speech and Language Therapy (SLT) Department at Heywood, Middleton and Rochdale Community Healthcare Trust 25 years ago as a bilingual co-worker. My main role has been to work alongside SLT therapists with the bilingual South Asian community to assess children and carry out therapy in their mother tongue. Located in Greater Manchester in the north of England, Rochdale has an Asian – predominantly Pakistani heritage – population of around 30%, and I work in the three main Pakistani heritage languages: Urdu, Punjabi and Mirpuri (a dialect of Punjabi, also referred to as Mirpur Punjabi).

In the last five years, my role has changed dramatically. First my bilingual colleagues and I became SLT assistants, removing the language element from our official role; the department was advised to book interpreters instead of using bilingual co-workers in most cases, as there is a separate pot of money for interpreter bookings. More recently, the SLT, occupational therapy, physiotherapy and community nursing assistant roles were amalgamated and we became generic assistants. For the moment, we continue to work in our separate departments, but new staff will be expected to have competency in all four areas and work in any department that needs help. Despite these changes, I still assist with assessments and therapy in mother tongue.

After the therapist has written up a care plan with the aims for the child and what they are expected to achieve, they leave me to carry out the programme in mother tongue. As a senior assistant, I work directly with the child and parents. I need to know how long to carry on with a programme, and when to stop and ask the therapist to reassess the care plan. I was seeing a little boy recently, for example, but after several months he stopped engaging. He was running around, hiding; he was not achieving anything by coming to see me, so I suggested that we send him away with a homework pack for his school and parents after the next session, and review his care plan a few months later.

In Rochdale, we have translated and adapted some of the assessments for the Pakistani community, including the Derbyshire Language Scheme: Rapid Screening Test, which is a basic comprehension test, and the Renfrew Action Picture Test (RAPT), an expressive language assessment. I worked with two of the therapists, going through the different languages and adapting assessments and therapy packages in-house.

The English-language assessments have a standardised scoring system to assess whether a child is age-appropriate or behind in certain areas. When we adapt the assessments, the standardised scores can no longer be used, but they at least give an idea of where the child is struggling. It is better than nothing and it is better than assessing in English if that isn’t the child’s strongest language, as this would not give a true reflection of their abilities.

For the Rapid Screening Test, we buy published forms in Punjabi and Mirpuri from Derbyshire Speech and Language Service, and use my adaptation for Urdu. In this test, the therapist puts objects in front of the child and asks, for example, “Can you show me the doll?” or “Can you put the spoon in the cup?”. It is relatively straightforward to adapt. The objects include a knife and a fork, but a child in the South Asian community wouldn’t use a knife and fork at home so we replaced them with a spoon and a comb. Equally, if we’re using farm animals in an assessment or therapy session, we take out the pig, because in Islamic culture that is inappropriate and may upset parents, decreasing engagement.

The Renfrew Action Picture Test uses pictures of people carrying out various actions to test spoken language. Our department created a new book of pictures for the South Asian community, entitled ‘Je Zindagi’ (meaning ‘This Life’), with pictures of South Asian adults and children performing these verbs. We haven’t translated the more complex assessments as they would be more difficult to get right and, for the most part, as children get to school age and have more complex language issues, they switch to English. If English is not their strongest language, we won’t give them a standardised score for the English-language assessments, but we will gain an idea of their abilities in different areas of their linguistic system.

When therapists first come to our department they are often nervous about working with bilingual children, as they don’t want to get it wrong. We reassure them by explaining that they don’t need to treat bilingual children any differently to English-speaking children, or adapt the therapy in any way; the programme and packages we offer are the same that we would offer to a child speaking English.

During an assessment, I will let the therapist know what I think are the key issues. Because of my experience, they can be confident of my analysis and we can usually make a decision about the care plan then and there. If I don’t agree that the programme suggested by the therapist would be the most effective I say so and explain why.

In Rochdale, we have a diverse community; there are, for example, Polish and Arabic families. The materials have not been translated for those communities, so an interpreter works through the English version and adapts it as best they can.

In Rochdale, our NHS trust has a contract with a local interpreting company, and we have built a relationship with individual interpreters who work with us on a regular basis. 95% of the time, the agency will allocate us one of these interpreters when we book. An interpreter could be in an antenatal clinic in the morning, then day surgery, and then our clinic in the afternoon for an assessment with a three-year-old. Because we work with the same interpreters regularly, they know how we work, what we’re looking for and what not to give away.

An interpreter’s role is to convey meaning and aid communication, but in SLT the role is quite different, as they must convey the exact word and grammar usage, rather than the meaning. For instance, if the child uses a single word to come back to the therapist, the interpreter must use a single word, rather than interpreting it as a sentence. When we do the Rapid Screening Test and put out the objects, it is important not to give any visual clues because we are assessing the child’s understanding of spoken language. I know not to look at the objects I’m asking about, or point to them without realising. That is the kind of training interpreters need when they work with our department.

Part of the team

The first thing we do for the initial assessment is a parent interview and sometimes a parent will not understand one of the questions. Because I understand what information the therapist is trying to elicit, I am able to adapt the question immediately, whereas an interpreter would have to render faithfully what the therapist has said.

My colleagues and I have a trusting relationship, so if they ask a question and I spend 10 minutes talking to the parent about it in mother tongue, they can be confident that I am asking the relevant questions. We have found that, in the South Asian community, parents like to repeat a lot to make sure the professionals have understood, particularly when they are anxious. As a bilingual assistant, instead of interpreting the whole thing again, I can tell the therapist when clients are repeating themselves.

Parental engagement can sometimes be an issue and parents can be more responsive to a bilingual assistant than an interpreter, possibly because they recognise us as experienced members of the team. We currently have two bilingual children on the Lidcome programme. This is an intensive, detailed programme for children who stammer,

and the parents need to spend every day with the children doing various activities. The dysfluency specialist booked an interpreter but found that the mothers weren’t engaging with the programme, and were looking away when the interpreter was talking. Because of the complexity of the programme, she felt it might be better to work with an experienced assistant for mother tongue support, so I started joining the sessions. Within two weeks we saw a change in both mums.

Rochdale is possibly the only SLT department in the country that works so passionately with other languages, and adapts both assessments and therapy for other languages. For practitioners who are not used to working bilingually, it can be difficult to understand how they might give therapy in another language. Trust and understanding are key, and when a therapist comes to our department, they find translated materials and established ways of working that are proven to be effective, and a team that is passionate about delivering therapy in the child’s strongest language.

The Linguist
1 month 3 days ago

The Linguist
3 months 9 hours ago

The Linguist
5 months 4 days ago